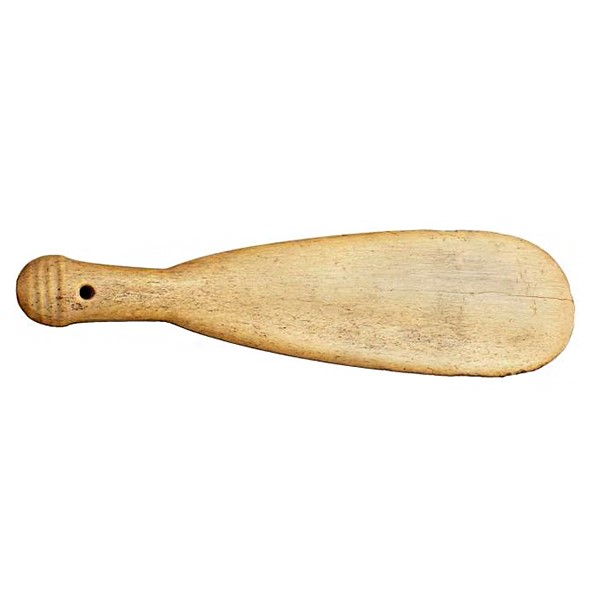 Purchased Christies in partnership with R A Lee 1986 sold to Warren Anderson for 20.000 pounds. Purchased before his sale by Bonhams by the Maritime Museum in Sydney for $560,000.

Tobias Furneaux was captain of HMS ADVENTURE and accompanied Cook (HMS RESOLUTION) on his second voyage of exploration (1772 – 1775). It was during this voyage on the 11 March 1773 that Furneaux watered his ship at Bruny Island (Tasmania) at a place now known as Adventure Bay. The purpose of the voyage was to search the southern-ocean for Terra Australis Incognita. Cook’s ships spent considerable time in testing conditions in high southern latitudes, punctuated by periods of respite in Polynesia. It was during these later visits to the Pacific islands that the Polynesian Omai joined the ADVENTURE when Cook’s expedition anchored at Fare Harbour on the island of Huahine for four days (3-7 September 1773). Cook described Omai: “…this man had been on board the Adventure from the first hour of her arrival at the island, it being known to all the natives that he intended to go away with us, without being demanded and as Captain Furneaux being desirous of keeping him, I did not think it necessary to send him on shore …” [The Journals of Captain James Cook on his Voyages of Discovery, The Voyage of the Resolution and Adventure 172-1775, JC Beaglehole (Ed), The Boydell Press, p.221]

After leaving Huahine, the RESOLUTION and ADVENTURE visited the neighbouring island of Raiatea (Ulietea) before sailing to the Tongan archipelago (Friendly Isles) where the ships anchored at Eua island (2 Oct)and Tongatapu (3 – 7 Oct 1773). Included in a general description of Tongan culture and customs Cook decribed their clubs: “From the high cultivated state of the isles and the friendly manner we were received by these islanders one may venture to conjector that they are seldom disturbed by either domistick or foreign troubles, they are however not without arms, such as Bows and Arrows, Spears, Darts and clubs, these last are from 3 to 5 or 6 feet long and of various shapes – some having square ends others flatish, others like paddles, Spades etc they are all made with surprising neatness, and of the hard wood which is common in all the isles”. [The Journals of Captain James Cook on his Voyages of Discovery, The Voyage of the Resolution and Adventure 172-1775, JC Beaglehole (Ed), The Boydell Press, p.273]

From Tongatapu the ships sailed for Queen Charlotte Sound in New Zealand but became separated by a gale before they could enter Cook Strait. The RESOLUTION finally anchored at Ship Cove in Princess Charlotte Sound on 3 November (1773) where Cook waited for the ADVENTURE until 24 November. As Furneaux had not arrived, Cook left a message in a bottle buried with signs for Furneaux to find it and then departed for a further sweep of the Pacific. The ADVENTURE arrived at Ship Cove six days after Cook departed.

Furneaux then set about replenishing the ADVENTURE and readying the ship to rendezvous with Cook at either Easter Island or Tahiti later in the year. However, these plans were changed when a boat party sent ashore to collect ‘wild greens’ (antiscorboutics) was horribly massacred on 17 December. Deeply influenced by this event, Furneaux decided to sail for England and departed Princess Charlotte Sound on 23 December. The ADVENTURE returned to England by Cape Horn and Cape Town and arrived in England in July 1774.

Omai (pronounced My) is undoubtedly the most famous Polynesian of the great age of exploration. For unlike Tupai who joined Cook’s Endeavour voyage but died (at Batavia), Omai reached England where he became a celebrity, sought after by London Society and presented at court to George III. Omai’s portrait was painted by the greatest painters of the age including Sir Joshua Reynolds and William Parry, and he was a house-guest of Sir Joseph Banks and Lord Sandwich. Omai is also remarkable as the first Polynesian to visit Europe and then return to Polynesia – sailing with Cook aboard the RESOLUTION on Cook’s third voyage of exploration.

The club, called a patu or patupatu by Maori was described by Furneaux as part of the implements of war used by Maori: “Their implements of war are the Hippatoo (or spear), Battle Ax, patow or Patty patow which is about two feet long and about eight inches wide made either of bone or stone, which they wear by their side and is the last they can use in fighting. They wear it by their side, and contrary to all other Indians, they know not the use of Bows and Arrows; they likewise shewd us how they used their implements of war. At the first attack they use the Hippatoo, then to the Battle Ax, and at last to the Patow, keeping all the while a most hideous noise”. [The Journals of Captain James Cook on his Voyages of Discovery, The Voyage of the Resolution and Adventure 172-1775, JC Beaglehole (Ed), The Boydell Press, p.740]